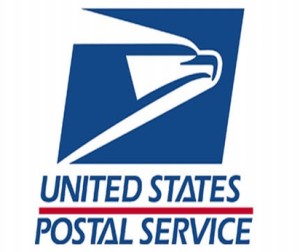 Mr. Watson grew up in Centralia, Illinois and graduated from Centralia Township High School’s “Class of 1951.”  After graduation from high school, he joined the U.S. Navy and proudly served his country during the Korean Conflict from February 1, 1951 until he received his honorable discharge on April 22, 1954.  Mr. Watson was a mail handler and sorter with the U.S. Postal Service on a train car that ran from Centralia to Chicago and then to Carbondale, Illinois.  After the retirement of the train mail car, he was a mail sorter and later a window clerk with the Centralia Post Office, retiring in September of 1990 after 43 years of service.  He then worked 13 years in the mail center at Kaskaskia College in Centralia, Illinois, and retired from there in 2009.  He lived all of his life in the Centralia/Salem, Illinois area.

Mr. Watson was a member of Grace Church for 36 years, where he was a door greeter.  He was President and Union Representative for the American Postal Worker Union for many years.  He was a member of the “Class of 51” Club.  He was a long-time member of the Centralia V.F.W. Post 2055.  He cherished the time he spent with his family, especially his children and grandchildren. Above anything else, he loved pleasing his wife, Ruby.  He was known by his family and friends to be a very patient man, as he would work on his projects until they were completed.  He was also known to be the strongest, gentlest man, who could be in pain, but not show it to others.  He was very loved by his family.  Mr. Watson enjoyed fishing, camping and doing for others.  He loved watching Orphan basketball, as he was a season ticket holder for the Centralia Orphans and would attend the Holiday Tournament every year.

A Celebration of Life Service for Mr. Jerry Lee Watson will be held at 11:00 A.M. on Tuesday, June 25, 2019, at Grace Church in Centralia, Illinois, with Pastor Alan Nollman and Dr. Andy DeWitt officiating.  Interment will follow at Hillcrest Memorial Park near Centralia, Illinois.  Military honors accorded by the Centralia V.F.W. Post 2055 and Centralia American Legion Post 446.  Friends are invited to meet with Mr. Watson’s family from 5:00 P.M. to 8:00 P.M. on Monday, June 24, 2019, at the Moran Queen-Boggs Funeral Home in Centralia, Illinois and 10:00 A.M. until the time of his services at 11:00 A.M. on Tuesday, June 25, 2019, at the Grace Church. Memorial contributions may be made in Mr. Watson’s memory to the Grace Church or Charity of Donor’s Choice and will be received at the Moran Queen-Boggs Funeral Home in Centralia, Illinois.  Please view the online obituary, send condolences or share memories with Mr. Watson’s family at www.moranfuneralhome.net or on the funeral home’s Facebook page.