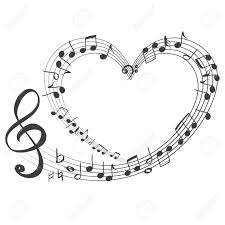 Mrs. Hedinger was a former member of the First United Presbyterian Church in Centralia, Illinois.  She was an avid collector of Angels.  Dancing was her Number 1 thing to do in life, as she loved being out dancing on Saturday nights.  The love of music caused her to dance wherever she was, she would dance in the aisles of the grocery store, or she would dance while she was in her wheelchair.  Mrs. Hedinger was known to speak her peace.  She didn’t speak about you behind your back, as she spoke what was on her mind right to your face.  She cherished the time she spent with her family, especially her children, grandchildren, and great-grandchildren.

A Private Family Celebration of Life Services for Mrs. Betty Jane Dickinson Hedinger will be held at Moran Queen-Boggs Funeral Home in Centralia, Illinois, with Mr. Rodney Marlow officiating.  There will be no public visitation.  Private Family Interment will follow in Hillcrest Memorial Park near Centralia, Illinois.  In lieu of flowers, memorial contributions may be made in Mrs. Hedinger’s honor to the Alzheimer’s Association and will be received by the Moran Queen-Boggs Funeral Home at 134 South Elm Street in Centralia, Illinois.  Please view the online obituary, send condolences or share memories with Mrs. Hedinger’s family at www.moranfuneralhome.net.

To send flowers to the family or plant a tree in memory of Betty Jane (McDuffy) Dickinson Hedinger, please visit our floral store.