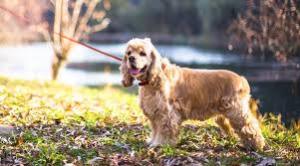 Mrs. Oestreich was a member of Saint Lawrence Catholic Church in Sandoval, Illinois for over 40 years.  She had a passion for her dogs, especially her cocker spaniels.  She enjoyed attending Centralia Balloon Fest in Centralia, Illinois, and Covered Bridge Festival in Indiana.  Mrs. Oestreich would not miss an episode of her favorite television shows, “Young and Restless” and “Criminal Minds.”  One of her favorite pass times was eating out at Olive Garden and Cracker Barrel.  She cherished the time she spent with her family and friends, especially travelling with her son, Joshua, on the weekends.  She will be missed very deeply by all who knew and loved her.

Mrs. Oestreich retired in 2001 as a clerk in the medical billing department at Salem Township Hospital in Salem, Illinois, after 10 years of service and previously was a clerk for 10 years in the medical billing department at Saint Mary’s Hospital in Centralia, Illinois.  Mrs. Oestreich graduated with Sandoval High School’s “Class of 1970” in Sandoval, Illinois and then received her Associates Degree from Kaskaskia College in Centralia, Illinois.  She lived her whole life in Sandoval, Illinois.

A Graveside Memorial Service for Mrs. Carol Ann Oestreich will be held at 11:00 A.M. on Saturday, May 15, 2021, at Liberty Baptist Church Cemetery in Harrisburg, Illinois, with Father Steven Pautler officiating.  Family and friends are asked to go directly to the cemetery on Saturday, May 15, 2021.  Inurnment will follow in Liberty Baptist Church Cemetery in Harrisburg, Illinois.  In lieu of flowers, memorial contributions may be made to St. Jude Children’s Research Hospital and may be received by the Moran Queen-Boggs Funeral Home at 134 South Elm Street in Centralia, Illinois.  Please view the online obituary, send condolences or share memories with Mrs. Oestreich’s family at www.moranfuneralhome.net or on Moran Queen-Boggs Funeral Home’s Facebook Page.

To send flowers to the family or plant a tree in memory of Carol Ann (Gunther) Oestreich, please visit our floral store.