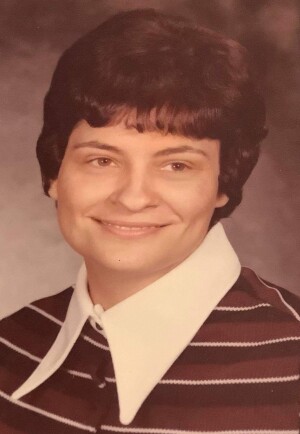 Christina June “Patsy” Gentz, age 90, of Centralia, Illinois, formerly of Aviston, Illinois and Sesser, Illinois, passed away at 2:07 A.M. on Saturday, August 7, 2021, at home with her loving family by her side.

Mrs. Gentz was of the Catholic faith.  She loved her animals, including her fur baby, Zeke.  She enjoyed going to the casino and Golden Age Senior Center in Centralia, Illinois, to visit with her friends and play bingo.  She was a sports fanatic, who watched all sporting events on television, especially the Saint Louis Cardinals.  She also wouldn’t miss an episode of Jeopardy.  Mrs. Gentz never met a stranger, and she would stop and talk with everyone.  She was loveable in nature and extended a hug to everyone. She cherished the time she spent with her family, especially her children and grandchildren.

Mrs. Gentz was an English and Spanish Teacher, who taught at Sesser-Valier High School in Sesser, Illinois, Aviston Community High School from 1958 to 1974, and Central Community High School in Breese, Illinois, from 1974 to 2002.   After retiring in 2002, she was a substitute teacher at Central Community High School for 10 years.  She served the students of her community for over 40 years, and during her career as a teacher, she was active with volleyball, scholar bowl, and supported several other clubs.  She was the type of teacher who taught at the student’s level until they achieved their level of education.  She was affectionally known as “Grandma” by her students.  Mrs. Gentz received her Limited High School Certificate through the State of Illinois State Teacher Certification Board on August 21, 1952.  She graduated from Southern Illinois University at Carbondale with a bachelor’s degree in Education.  She graduated with Frankfort Community High School’s “Class of 1948.”  Mrs. Gentz also taught and assisted people through Weight Watchers for many years. She lived in Centralia, Illinois for the last 6 years and previously lived in Aviston, Illinois, Sesser, Illinois, and West Frankfort, Illinois.

A Graveside Memorial Service for Mrs. Christina “Patsy” Gentz will be held at 1:00 P.M. on Friday, August 20, 2021, at Bone Gap Cemetery in Bone Gap, Illinois.  Friends are asked to go directly to the cemetery.  Inurnment will follow in Bone Gap Cemetery in Bone Gap, Illinois.  There will be no public visitation.  In lieu of flowers, memorial contributions may be made in Mrs. Gentz’s memory to the Centralia Humane Society or Golden Age Senior Center in Centralia, Illinois and may be received by the Moran Queen-Boggs Funeral Home at 134 South Elm Street in Centralia, Illinois. The family asks those who are attending to please be mindful of social distancing, wear a mask, and take any health precautions necessary to ensure a healthy environment  Please view the online obituary, send condolences or share memories with Mrs. Gentz’s family at www.moranfuneralhome.net.

To send flowers to the family or plant a tree in memory of Christina "Patsy" June (Nickoloff) Gentz, please visit our floral store.

A Memorial Tree was planted for Christina "Patsy"

Join in honoring their life - plant a memorial tree