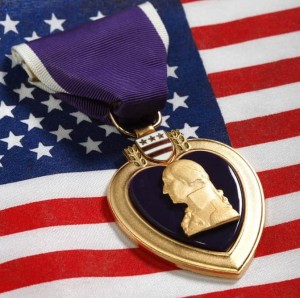 Mr. Riechmann made his First Confirmation at Saint Peter United Church of Christ in Centralia, Illinois.  He was a member of Saint John United Church of Christ in Collinsville, Illinois.  He graduated with Centralia Township High School’s “Class of 1943.”  Mr. Riechmann was a veteran of the U.S. Army, proudly serving his country during World War II from November 24, 1943 until January 4, 1946.  It was during his service in the infantry, he received his Combat Infantry Badge, Purple Heart, Efficiency Honor Fidelity, European African Middle Eastern Campaign, American Campaign and Army of Occupation medals.  After returning from serving his country, Mr. Riechmann graduated with a Bachelor’s Degree in Education from Bradley University and a Master’s Degree in Psychology from Southern Illinois University at Edwardsville.  He was a math teacher and school counselor until he retired in 1980 from Wirth Junior High School in Cahokia, Illinois.

Mr. Riechmann was an avid fan of the Saint Louis Cardinals and a big fan of Stan Musial.  In his spare time, he wrote articles for the Belleville News Democrat.  He also traveled throughout the United States, playing slots at many gambling establishments.  He enjoyed bird watching and building birdhouses and watching the 5 O’clock News and “Wheel Of Fortune.”  Mr. Riechmann’s friends were his world to him.  Every summer, he could be found in his yard growing tomatoes under the gutters, so he did not need to water them as often and he gave them out to his friends to be enjoyed by them.  He enjoyed a good cup of coffee and margaritas with his friends during Happy Hour.  He liked to frequent local restaurants and taverns and take walks alone or with his friends in Long Acre Park in Fairview Heights, Illinois.  During the last years of his life, he lived in Mount Vernon, Illinois, and formerly lived in Du Bois, Illinois and Caseyville, Illinois.

Graveside Services for Mr. Gerald Clarence Riechmann will be held at 11:00 A.M. on Saturday, October 3, 2020, at Hillcrest Memorial Park near Centralia, Illinois with Pastor Beverly Kahle officiating. Friends are asked to go directly to the cemetery on Saturday.  Military Honors will be accorded by Centralia V.F.W. Post 2055 and American Legion Post 446.  The family asks those who are attending to please be mindful of social distancing, wear a mask, and take any health precautions necessary to ensure a healthy environment.  Interment will follow in Hillcrest Memorial Park near Centralia, Illinois.  There will be a private Family Gathering at the Moran Queen-Boggs Funeral Home.  In lieu of flowers, memorial contributions may be made in Mr. Riechmann’s honor to Marion VA Medical Center in Marion, Illinois, and may be received by the Moran Queen-Boggs Funeral Home at 134 South Elm Street in Centralia, Illinois.  Please view the online obituary, send condolences or share memories with Mr. Riechmann’s family at www.moranfuneralhome.net or on the Moran Queen-Boggs Funeral Home’s Facebook page.

To send flowers to the family or plant a tree in memory of Gerald Clarence Riechmann, please visit our floral store.