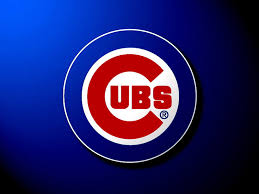 Glenn Weston Lambert, age 91, of Wamac, Illinois, passed away at 2:35 P.M. on Thursday, April 14, 2022, at SSM Health St. Mary’s Hospital in Centralia, Illinois, with his loving family by his side.

He was born on February 5, 1931, in Harlingen, Texas, the son of Herbert Herschel and Fern (Todd) Lambert.  He married the love of his life, Evelyn Ann Niedbalski, on August 8, 1955, in Centralia, Illinois, and she survives him in Wamac, Illinois.

Glenn was preceded in death by his parents, Herbert Lambert and Fern Lambert; brothers, Howard Lambert and Kenneth Lambert, and sister, Donna Skambracks.

Glenn was a long-time member of Wamac Missionary Baptist Church in Wamac, Illinois.  He was a veteran of the U.S. Army, proudly serving his country during the Korean War.  He was stationed in West Germany and served with the Munitions Logistics.  He was a member of the Centralia Loyal Order of Moose Lodge 1219, where he went dancing with his wife every Saturday night.  Earlier in life, Glenn attended the games of the Centralia Orphans and later in life he listened to the games on the radio.  He was a big Chicago Cubs fan.  When he laid on his couch, he enjoyed listening to old country music, including his favorite country musician, Merle Haggard.  He loved to visit the Grand Ole Opry in Nashville, Tennessee, with his wife to attend concerts of Bill Anderson.  Glenn’s biggest love in life was his favorite candy, Hersey’s Chocolate, which he always had a taste for.  He cherished the time he spent with his family, especially playing cards with them and traveling with his wife to Las Vegas, after Noel Gibson moved there.  Glenn was known to voice that he had the “Best Damn Family.”

Glenn was a supervisor in the laundry department at Warren G. Murray Developmental Center in Centralia, Illinois, from 1964 until his retirement in 1992.  Earlier in life, he was employed with Noel Gibson’s Cleaners, where he began and was certified in the laundry profession. He graduated with Centralia Township High School’s “Class of 1949”.  He lived in Wamac, Illinois, for most of his life.

A Private Family Memorial Service for Mr. Glenn Weston Lambert will be held at the Moran Queen-Boggs Funeral Home in Centralia, Illinois, with Pastor Quinton Runyon officiating.  Military Honors will be accorded by the Veterans of Centralia American Legion Post 446 and Veterans of Foreign Wars Post 2055 at the funeral home.  It is Glenn’s wishes to cremated, and inurnment will follow in Hillcrest Memorial Park near Centralia, Illinois, at a later date.  There will be no public visitation.  Arrangements are in the care of Moran Queen-Boggs Funeral Home at 134 South Elm Street in Centralia, Illinois.  Please view the online obituary, send condolences, or share memories with Mr. Lambert’s family at www.moranfuneralhome.net.

To send flowers to the family or plant a tree in memory of Glenn Weston Lambert, please visit our floral store.