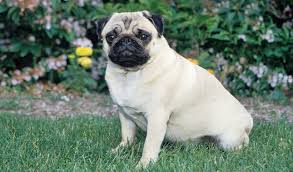 Bo was of the Christian Faith.  Earlier in life, he sang in a Gospel Group.  He was a Private Second Class in the United States Army proudly serving his country from December 5th, 1983 until March 4th, 1987. Bo was a fan of college football, following Alabama University and was an avid fan of Saint Louis Cardinals.  He liked watching NASCAR Racing and was a big fan of Kevin Harvick and the late Dale Earnhardt.  He enjoyed fishing, shooting pool and riding his Harley-Davidson motorcycle. He loved to eat and cook good home-down Southern Food, even cooked for his family after being diagnosed with cancer five years ago.  He kept a very well-groomed garden of cayenne peppers and tomatoes.  He could be eating his favorite candy of chocolate and peanut butter, Reese’s Pieces.  He cherished the time he spent with his family and his beloved pug, Wilson, of 21 years.

Bo was a foreman with a construction company that built hotels, motels and nursing homes.  He lived in Centralia, Illinois, for nine years and formerly lived in Columbus, Mississippi and Hamilton, Mississippi.

As per Mr. Grandville Wayne “Bo” Johnson’s wishes and the wishes of his family, he will be cremated.  There will be no public visitation nor services.  In lieu of flowers, memorial contributions may be made in Mr. Johnson’s honor to American Cancer Society and will be received at the Moran Queen-Boggs Funeral Home at 134 South Elm Street in Centralia, Illinois.  Please view the online obituary, send condolences, or share memories with Mr. Johnson’s family at www.moranfuneralhome.net or on Moran Queen-Boggs Funeral Home’s Facebook page.

To send flowers to the family or plant a tree in memory of Grandville Wayne "Bo" Johnson, please visit our floral store.