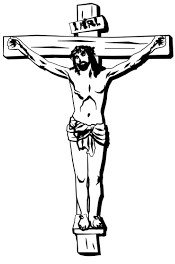 Mr. Petroski was preceded in death by his parents, Joseph Petroski, Sr., and Agnes Petroski; and special friend, Cathy Miller.

Mr. Petroski was of the Catholic Faith, and attended Saint Mary Catholic Church in Centralia, Illinois.  He loved antiquing and purchasing treasures and sell them at his yard sales.  One of his purchased hidden treasures was an old motorcycle, that he found Elvis Presley’s autograph under its seat.  Mr. Petroski was a collector of Disney and Popeye figurines. He enjoyed listening to old music and tending to his scratch-off lottery tickets.  He was an avid Saint Louis Cardinals fan.

Mr. Petroski retired as owner of Joe and Evelyn’s Bait Shop in Clinton County, Illinois, after 15 years of service to the fishing community.  He previously drove for Pennsylvania Truck Lines, South Central Transit, and Lincoln Auto.  Earlier in life, he was a butcher in the meat packing department at Swift Packing.  Mr. Petroski lived in Centralia, Illinois, for 40 years and formerly lived in Fairmont City, Illinois.

To send flowers to the family or plant a tree in memory of Joseph Leon Petroski, Jr., please visit our floral store.