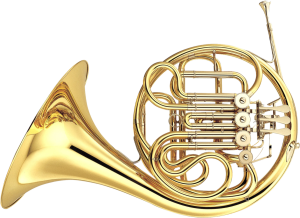 Ms. Fehrmann was a member of Free Methodist Church in Centralia, Illinois.  She graduated with Centralia Township High School’s “Class of 1960” and Eastern Illinois University in Charleston, Illinois, in 1964.  She studied for her master’s degree in Latin at Ball State University in Bloomington, Indiana, Tufts University in Boston, Massachusetts and Indiana University.  Judy taught Latin at the high school level briefly at Danville, Illinois and North Vernon, Indiana, but the majority of her teaching career was at Highland High School in Anderson, Indiana.  She took her Latin students to many Junior Classical League Conventions, many of them winning honors in the competitions.  The conventions took them to many states, but the most memorable trip had to be when they went to Rome, Italy, where she climbed Mount Vesuvius.  Judy was awarded the Latin Teacher of the Year Award by the Indiana Classical Conference for the 1988-1989 year, in recognition of her good teaching with imaginative approaches, innovative programs and effectiveness in the classroom.  The Indiana Classical Conference awarded a scholarship in her name to an outstanding Latin student.

Ms. Fehrmann’s passion in life was classical music and she played the French Horn from the early years of grade school until her Parkinson’s disease forced her retirement from LaFayette Philharmonic Symphony in LaFayette, Indiana and Indianapolis Brass Choir.  Upon her retirement and return to Centralia, Illinois, she played with the Belleville Philharmonic in Belleville, Illinois, and the Centralia Cultural Society Orchestra and Kaskaskia College Orchestra.  In the off-seasons, she enjoyed playing with the Kokomo Park Band in Kokomo, Indiana, as well as summer bands in Waterloo, Illinois, Greenville Park Band in Greenville, Illinois and Carlyle, Illinois

To send flowers to the family or plant a tree in memory of Judith Gayle Fehrmann, please visit our floral store.

You can still show your support by sending flowers directly to the family, or by planting a memorial tree in the memory of Judith Gayle Fehrmann