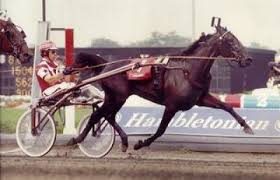 Karen was born on January 24, 1957, in Centralia, Illinois, the daughter of John and Alice (Brasel) Silvey of Salem, Illinois.  Beginning in 1974, she was a horse groomer with Graham Oil and Stock Farm in Salem, Illinois for several years.  She married John W. Hering in 1985 in Chicago, Illinois, where they owned and trained Standardbred Harness Race Horses at John Hering Stables.  Also during this time, she worked for Seigel Turf Company at various Chicago race tracks.  Karen was a board member of the Horsemen’s Benevolent Fund.  After retiring from the racing business, she and her husband, John, relocated to Wagram, North Carolina, where she worked at BB&T Bank in Hamlet, North Carolina.  In her spare time, Karen enjoyed golfing and bowling.  Her passions were reading and watching sports, especially her Chicago Cubs, and the Chicago Bulls of the 1990’s Michael Jordan era.  Karen also loved gardening and was a member of the Emma Scott Garden Club in Laurinburg, North Carolina.

Services to celebrate Karen’s life will be held at 3:00 P.M. on Tuesday, January 7, 2020, at the Richard Boles Funeral Service Chapel in Laurinburg, North Carolina. Friends are invited to visit with Karen's family from 2:00 P.M. until the time of her services at 3:00 P.M.at the Richard Boles Funeral Services at 13640 Andrew Jackson Highway in Laurinburg, North Carolina, 28353.

In lieu of flowers, memorial donations are requested to be given to Saint Jude Children’s Research Hospital or The Shriners Children’s Hospital and will be received by the Richard Boles Funeral Service at Post Office Box 1913 in Laurinburg, North Carolina 28353.

To send flowers to the family or plant a tree in memory of Karen Jean (Silvey) Hering, please visit our floral store.