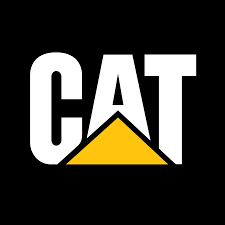 Mr. Hake was a veteran of the United States Army, proudly serving his country during World War II.  He served his country from November 16, 1944, until he was discharged on August 2, 1946, as a Technician 3 with the 51st Infantry Scout Dog Patrol.  Mr. Hake spent his entire career with Caterpillar Inc. working in Peoria, Illinois, Tokyo, Japan, and Lafayette, Indiana.  He retired to Horseshoe Bend, Arkansas in 1987 from Lafayette, Indiana.  In 1995, Mr. Hake’s last move was to Mesa, Arizona.

Mr. Hake loved to hunt, golf, travel the west and spend time with his family. He was dedicated to his family and country and left us with many happy memories.

A Private Graveside Memorial Service for Mr. Lawrence Clifton Hake will be held at Hillcrest Memorial Park near Centralia, Illinois, on Saturday, October 16, 2021, with Pastor Jerry Janisko officiating.  Military Honors will be accorded by Centralia American Legion Post 446 and Veteran of Foreign Wars Post 2055. Inurnment will follow in Hillcrest Memorial Park.  There will be no public visitation.  Local arrangements are entrusted to Moran Queen-Boggs Funeral Home at 134 South Elm Street in Centralia, Illinois.  Online expressions of sympathy may be made to Mr. Hake's family at www.moranfuneralhome.net.

To send flowers to the family or plant a tree in memory of Lawrence Clifton Hake, please visit our floral store.