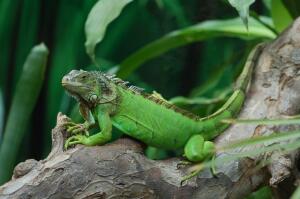 Len was preceded in death by his parents, James M. Lance and Darlene Gay Lance.

Len graduated from the trade school at Olney College and with Centralia High School’s “Class of 1982.”  He worked at various jobs throughout his life, one of which, he was the assistant manager at the Walmart in Salem, Illinois until he became medically disabled.  He lived the last days of his life in Arnold, Missouri, and formerly lived in Athens, Tennessee, from 2017 until 2021, and Salem, Illinois.

Len loved golfing with his friend, Ed Flanigan, and they played in various golf tournaments throughout the years.  He enjoyed being out on the lake fishing, playing poker with his friends and family, and tinkering with cars.  He cherished his pets and the animals he kept, including his snakes, iguana, and rabbits.  Len often described himself as “a very different kind of special,” and his family lovingly agreed.  He was known to stir the pot a time or two and had a good sense of humor.

Graveside Memorial Service for Mr. Len Del “Lenny” Lance will be held at 11:00 A.M. on Saturday, September 4, 2021, at Elmwood Cemetery in Centralia, Illinois with Major Thomas Riggs officiating.  Inurnment will follow in Elmwood Cemetery in Centralia, Illinois.  There will be no public visitation.  In lieu of flowers, memorial contributions may be made in Lenny’s honor to United Way of Greater Saint Louis and may be received by the Moran Queen-Boggs Funeral Home at 134 South Elm Street in Centralia, Illinois.  Please view the online obituary, send condolences, or share memories with Mr. Lance’s family at www.moranfuneralhome.net.

To send flowers to the family or plant a tree in memory of Len “Lenny” Del Lance, please visit our floral store.