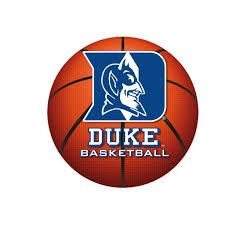 Mr. Geilhausen was preceded in death by his parents, William Joseph Geilhausen and Dorothy Jean Geilhausen.

Mr. Geilhausen was a patron of the Saint Louis Art Museum. He loved riding his bicycle through Forest Park in Saint Louis, Missouri.  He was an avid fan of Duke Basketball.  He cherished the time spent with his family, especially his niece, nephew, great-nieces and great-nephew.

Graveside Services for Mr. Michael William Geilhausen will be held at 1:00 P.M. on Tuesday, October 13, 2020, at Hillcrest Memorial Park near Centralia, Illinois.  Friends are asked to go directly to the cemetery on Tuesday. The family asks those who are attending to please be mindful of social distancing, wear a mask, and take any health precautions necessary to ensure a healthy environment.  Interment will follow in Hillcrest Memorial Park near Centralia, Illinois.  There will be a private Family Gathering at the Moran Queen-Boggs Funeral Home.  In lieu of flowers, memorial contributions may be made in Mr. Geilhausen’s honor to Saint Louis Art Museum in Saint Louis, Missouri and will be received by the Moran Queen-Boggs Funeral Home at 134 South Elm Street in Centralia, Illinois.  Please view the online obituary, send condolences or share memories with Mr. Geilhausen’s family at www.moranfuneralhome.net or on the Moran Queen-Boggs Funeral Home’s Facebook page.

To send flowers to the family or plant a tree in memory of Michael "Mike" William Geilhausen, please visit our floral store.