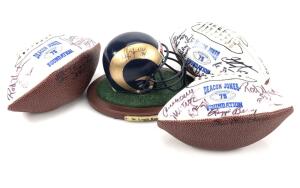 Peggy was a very independent person with several interests.  She had her own recipe for long life that included lentils, folic acid, and a regime of vitamins.  She enjoyed thrifting, always thinking about items for her family; knowing everyone down to their shoe size.  She was attentive to current events and enjoyed reading biographies.  Peggy was an avid sports fan, knew players by name and faithful to the Super Bowl and World Series.  She wouldn’t pass up the opportunity to pitch a ball to her grandchildren.  She cherished the time he spent with her loved ones.  Most recently celebrating her 90th Birthday with family from all over the world.

Peggy dedicated her career to caring for others and was employed and retired from Warren G. Murray Developmental Center in Centralia, Illinois.  With a modern philosophy, she supported fairness and spirituality.  She especially enjoyed Midnight Mass.  Early years involved living in a variety of cities and states with her family, with final residency in Centralia, Illinois.

It was the wishes of Mrs. Peggy Eileen Ramey to leave this world quietly with no public visitation or service.  She always said she was never good with crowds.  The family will celebrate the memory of her life at a future date.  In lieu of flowers, memorial contributions may be made in Peggy’s honor to WorldVision.org or St. Jude Children’s Research Hospital and may be received by the Moran Queen-Boggs Funeral Home at 134 South Elm Street in Centralia, Illinois 62801. Please view the online obituary, send condolences, or share memories with Mrs. Ramey’s family at www.moranfuneralhome.net.

To send flowers to the family or plant a tree in memory of Peggy, please visit our floral store.