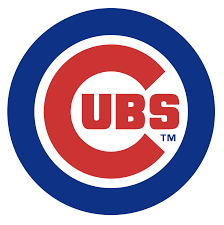 He was born on May 19, 1952, in Dr. Jack Frost's office, the son of Raymond and Sue Dodson. He married Donna Cates on April 15, 1983, on income tax day so he would never forget their anniversary, at the Marion County Courthouse in Salem, Illinois. They renewed their wedding vows on February 10, 2013, at Faith United Methodist Church in Wamac, Illinois.

He was preceded in death by both sets of grandparents; sister, Glenna Atchison; two brothers, Doug Dodson and Terry Dodson and his grandmother-in-law, Wilma Holmes.

After retirement, Roger worked at the I-64 Auto Auction in Woodlawn, Illinois. In previous years, he worked at various grain elevators and knew every farmer around the area. He attended Rome Grade School and graduated with Centralia High School’s “Class of 1970.”  Roger enjoyed hunting, fishing, mushroom hunting, going to flea markets, auctions and rummage sales.  He loved going to the beach on his vacations. He was a die-hard Chicago Cubs fan and never missed a game. In listening to any music, Pink Floyd was his favorite band.  He cherished his family and his most precious times were spent with his grandchildren.

Graveside Services for Mr. Roger A. Dodson will be private with burial on his family plot at Little Grove Christian Church Cemetery in Dix, Illinois. Cards and condolences may be sent to Moran Queen-Boggs Funeral Home at 134 South Elm Street in Centralia, Illinois. In lieu of flowers, memorials in Roger's honor can be made to Little Grove Christian Church in Dix, Illinois or the Jim Beasley Veterans Tribute c/o Kaskaskia College and will be received by the Moran-Queen Boggs Funeral Home, which is being of service to the family.  Please view the online obituary, send condolences or share memories with Mr. Dodson’s family at www.moranfuneralhome.net or on the Moran Queen-Boggs Funeral Home’s Facebook page.

To send flowers to the family or plant a tree in memory of Roger A. Dodson, please visit our floral store.