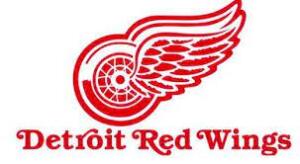 Shaun was of the Christian Faith.  He was a fan of the Detroit Red Wings.  He was a movie buff with a very extensive collection of movies.  He enjoyed watching movies associated with the Academy Awards, Sci Fi, Disney movies and Star Wars.  He loved dogs, especially his beloved furry companion, Cosmo.  Shaun always thought about his nephews, and he was always there for them.  He cherished the time he spent with his family, especially his mother, sister, and nephews.  He enjoyed playing card games of Uno, Monopoly cards and Exploding Kittens and playing an online video game of Roblox with his nephews so they could play together even when they were apart.

Shaun received his bachelor’s degree in Cinematography from Southern Illinois University-Carbondale, and he graduated with Centralia High School’s “Class of 1997”.  He lived in Irvington, Illinois since 2004, and formerly lived in Centralia, Illinois for most of his life.

Celebration of Life Services for Mr. Shaun Patrick Stonecipher will be held at 1:00 P.M. on Monday, February 14, 2022, at Moran Queen-Boggs Funeral Home in Centralia, Illinois with Mr. Glen Hulvey officiating.  Interment will follow in Elmwood Cemetery in Centralia, Illinois.  Friends are asked to meet with Mr. Stonecipher’s family from 12:00 P.M until the time of services at 1:00 P.M. on Monday, February 14, 2022, at the funeral home.  The family asks those who are attending to please be mindful of social distancing, wear a mask, and take any health precautions necessary to ensure a healthy environment.  Memorial contributions may be made in Mr. Stonecipher’s honor to the Lymphoma Association and will be received by the Moran Queen-Boggs Funeral Home at 134 South Elm Street in Centralia, Illinois.  Please view the online obituary, send condolences, or share memories with Mr. Stonecipher’s family at www.moranfuneralhome.net.

To send flowers to the family or plant a tree in memory of Shaun Patrick Stonecipher, please visit our floral store.