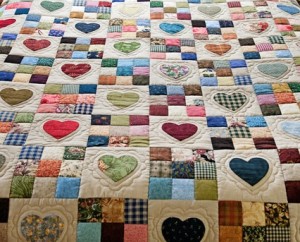 Sophie Arning, age 99, of Saint Louis, Missouri, passed away on Sunday, December 6, 2020, at Mercy Hospital South in Saint Louis, Missouri.  She was born on December 30, 1920, in Sandoval, Illinois, the youngest of eight children of Alois and Marie (Uliarczyk) Tolka.  She married Warren G. Arning on March 2, 1942, in Little Rock, Arkansas, and he preceded her in death on January 8, 2000.

Sophie is survived by her daughters, Donna Potsos and Rose Arning, both of Saint Louis, Missouri and many nieces and nephews.

In addition to her husband of 57 years, Sophie was preceded in death by her parents, Alois and Marie Tolka; three brothers, Joe Tolka, Leon Tolka and Paul Tolka and four sisters, Philomenia Ostradka, Louise Ward, Mathilda Lukaseck and Anna Howe.

After marrying her loving husband, Sophie supported the war effort by working as a ship welder in Oakland, California, while her husband served as a medic in the Pacific Theatre of World War II.  Her welds sustained the ship that brought her soldier/husband home from overseas.

Sophie and Warren settled in Saint Louis, Missouri.  She successfully worked in manufacturing and became the mother of two daughters, Donna and Rose.  She seized every opportunity to enrich their lives.

Sophie was amazing in every way – cooking, canning, sewing, gardening, bowling, fishing, crafts, volunteering in church activities at Grace Chapel Lutheran Church and helping others, including stray animals.  She also enjoyed camping and traveling the country, Alaska and Hawaii included as part of her ventures.  Sophie’s passion for quilting, for both church fundraisers and personal satisfaction, resulted in many treasures of bedspreads and quilts for her daughters.  In her senior years, she taught herself the fundamentals of playing the piano and always kept an exercise mat in her car trunk.

Sophie always had a love for her family.  She was the favorite aunt of many nieces and nephews.  She connected with relatives in Poland and East Germany.  She not only sponsored a Polish relative to work in the United States, she visited Poland twice and visited family in East Germany.  She attended Donna’s wedding on the Island of Rhodes, Greece, and continued her travels.

After the passing of her husband, Sophie maintained her activities until she was not able to do so.  As time passed and memories faded, her sense of humor remained, and so did her wisdom.

Funeral Services for Mrs. Sophie Arning will be held at 1:00 P.M. on Monday, December 14, 2020, at Moran Queen-Boggs Funeral Home in Centralia, Illinois with Pastor Miguel Torneire officiating.  Interment will follow in Hillcrest Memorial Park near Centralia, Illinois.  Friends are invited to join Mrs. Arning’s family from 12:00 P.M. until the time of her services at 1:00 P.M. at the Moran Queen-Boggs Funeral Home in Centralia, Illinois.  The family ask those who are attending to please be mindful of social distancing, wear a mask, and take any health precautions necessary to ensure a healthy environment.  There will be a Celebration of Mrs. Arning’s Life held at a later date.  Memorial contributions may be made in Mrs. Arning’s honor to Grace Chapel Lutheran Church in Saint Louis, Missouri or Alzheimer’s Association – Greater Missouri Chapter in Saint Louis, Missouri and will be received by the Moran Queen-Boggs Funeral Home at 134 South Elm Street in Centralia, Illinois.  Please view the online obituary, send condolences or share memories with Mrs. Arning’s family at www.moranfuneralhome.net.

To send flowers to the family or plant a tree in memory of Sophie (Tolka) Arning, please visit our floral store.